The Fitzpatrick DNA Study is a y-DNA surname project initiated in 2000 by The Fitzpatrick - Mac Giolla Phádraig Clan Society.  As such, it is one of the longest-running y-DNA Irish surname studies in existence. The project has yielded surprising information about the structure and history of our Clan. We have discovered many unexpected connections, and theories have been both confirmed and overturned.  Oftentimes, many more questions have been raised than answered. 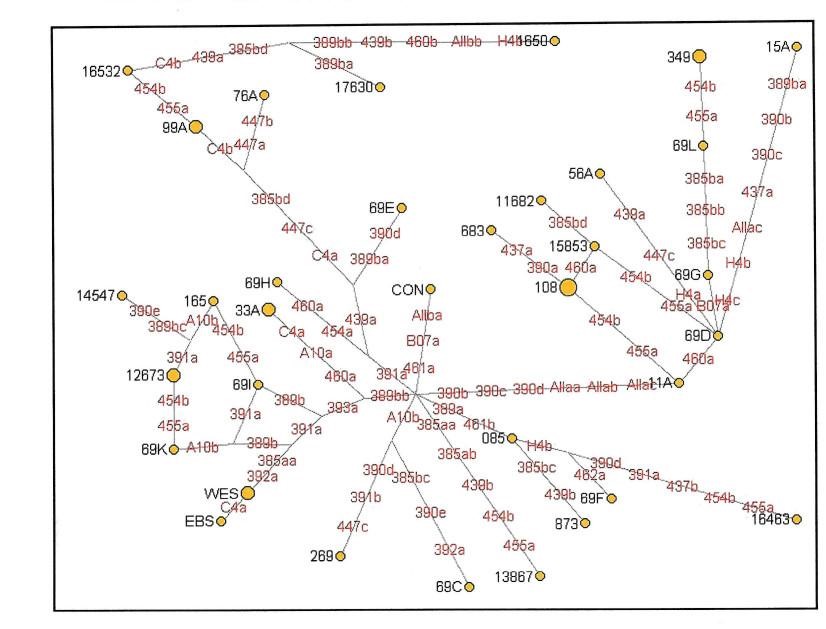 The Fitzpatrick DNA Study began as the brainchild of Colleen Fitzpatrick, PhD, whose interest was sparked while returning to California having attended our first Fitzpatrick International Gathering in 2000. On her flight home she read an article in CARA, the Aer Lingus inflight magazine, which explained:

“… But surely, the wildest green-genes project in town must be the Royal Irish Academy's Genetic History and Geography of Ireland. It's a collaboration of 40 scientists, archaeologists and historians North and South, sampling DNA from prehistoric Irish bones and anonymous contemporary samples. The idea is to use new molecular-analysis techniques to link DNA with Irish surnames, tapping into the ancient genetics of Europe, the Near East and North Africa, by mapping migrations since the last Ice Age 13,000 years ago”.

Colleen realized that y-DNA could be a means of confirming Fitzpatrick relationships in the absence of documentation that typically plagues Irish research. Since y-DNA is co-inherited with the family name along the male line of the family, it could be used to establish Fitzpatrick family genealogies without a paper trail. To learn more, she contacted the Sorenson Foundation, which was recruiting participants for their molecular genealogy research program through Brigham Young University. The Foundation was receiving so many similar requests, that it spun off Relative Genetics a few months later to establish one of the first direct-to-consumer (DTC) DNA testing companies for genealogists. Thanks to Colleen, the Fitzpatrick study was one of the first to enroll in the new company.

Over the next two years, Colleen reassured potential DNA candidates about privacy and the prohibition against the medical use of their y-DNA results, to coax sixteen brave Fitzpatrick DNA pioneers to be the first study participants.  On 1 March, 2002, she posted to The List:

"Hello, just to let you all know that the Fitzpatrick DNA study is officially in the testing phase as of today. We managed to get 16 participants to send in DNA samples, from Australia, Ireland, England, Scotland, and the US. The tests will take three to four weeks, after which each person will be sent an individual report on his own DNA profile, and a group report will be sent out to myself and Ronan Fitzpatrick in Dublin, and then immediately copied to the other participants. If you weren't able to participate this time around, we hope there will be future rounds of testing once this round is complete and we've had a chance to understand the results. You can always contact me with questions or to tell me of your future interest. Thanks for everyone who either wrote in about the study or volunteered to be a part of it. We are on the leading edge of genealogy in doing this, and probably one of the first, if not THE first Irish clan to trace their international heritage using genetic tools.”

The first set of results took a few months to complete. Colleen finally received them the night before the Second International Fitzpatrick Clan Gathering in July 2002. Surprisingly, the results showed that only two of the participants were even remotely related.  As time went on, the Fitzpatrick study grew larger, and was shepherded by Dr. Colleen from Relative Genetics, to DNA Heritage, before arriving at Family Tree DNA (FTDNA). 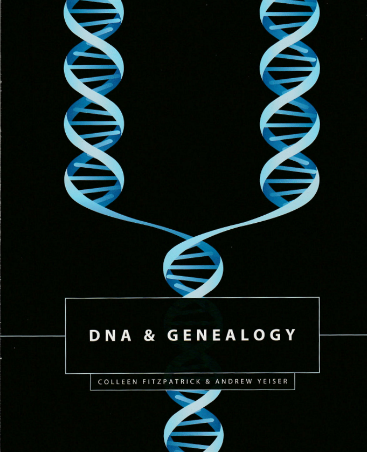 The Fitzpatrick study has grown to over 650 members with an immense impact upon our understanding of our Clan and ourselves. Our study has shown that the Fitzpatrick Clan is genetically diverse, with an interesting and complicated history. Half of our members belong to family groups originating from the four corners and centre of Ireland: from Co. Laois, Co. Cork, Co. Down, Co. Clare, and Co. Cavan.  About a quarter of us belong to a few smaller groups of unknown origins, while the remaining quarter are singleton Fitzpatricks, still waiting to find matches to any surname at all.  Whatever the results, our Clan Society remains inclusive and adamant in our goals to unite all Fitzpatricks, related lineages, and interested individuals.  Whether you possess the surname, the DNA, or the love for all things Fitzpatrick, you are one of us; and this Clan Society is the world's premier vehicle for researching, understanding, and developing your connection with other Fitzpatricks.

Due to the current administration of the study, if you have any questions, please email our DNA Research Committee Chair on the List.